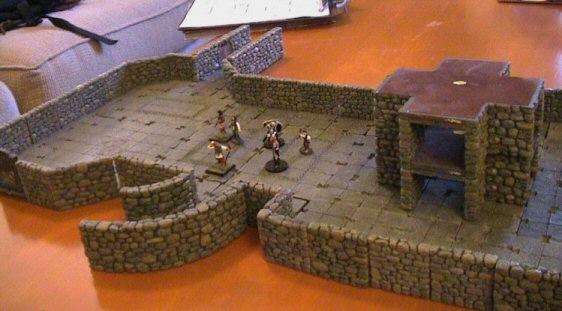 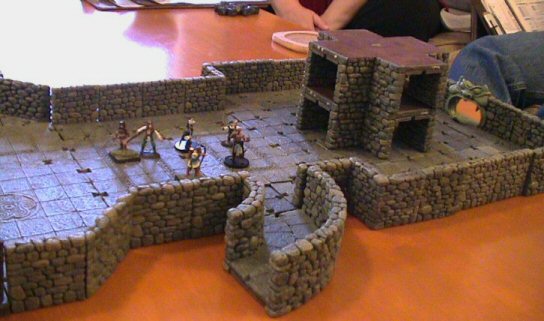 This picture shows the attack of Ios Halfhorn, the minotaur.  His deadly charge nearly killed Elida, the Knight of the Sacred Keys.  At bottom, Basil squares off with an illusory earth elemental.

Demetrios counterattacks, filling the corridor with a fireball spell.

As Basil fells Ios (top), Demetrios electrifies Verochin the Lamia.  Nereida (right) has been badly drained of wisdom by the lamia’s touch. Another view of the Thought Stalker Bonzimir slams the door on a storm giant. The Dungeon Master blows his one shot to wreak serious iron golem havoc as the Waning Guardian rolls a “1”.